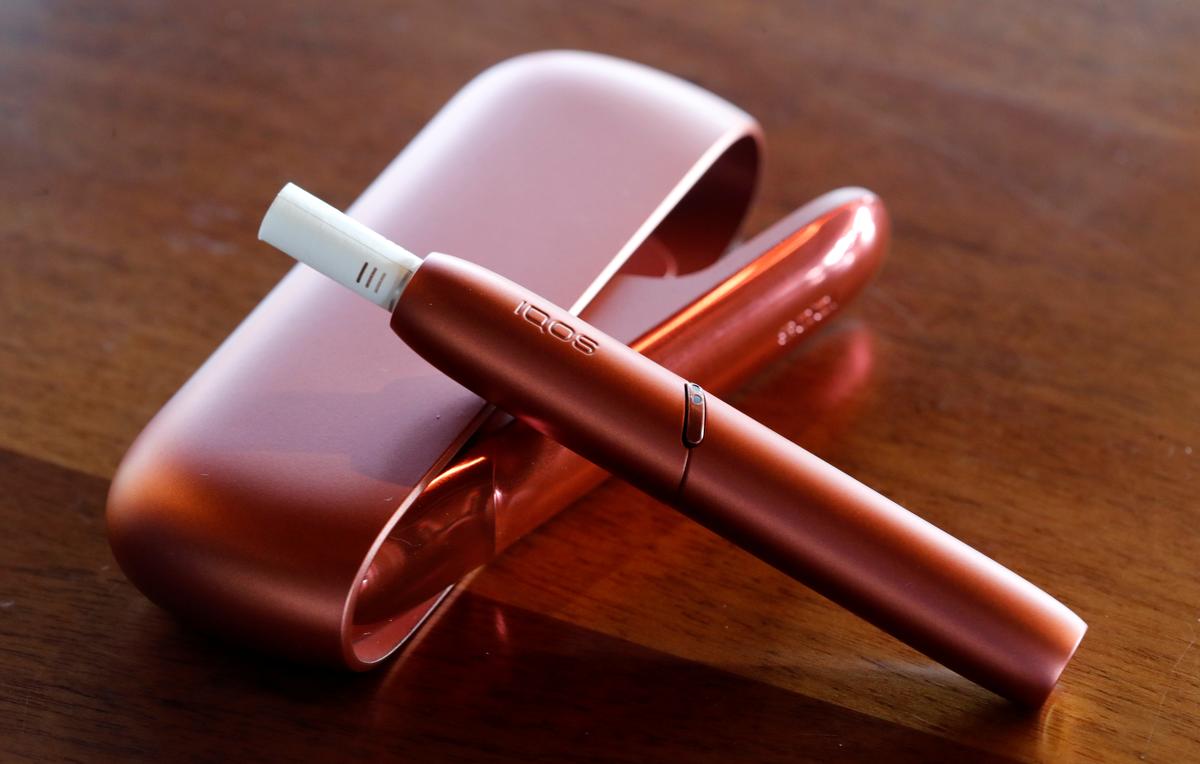 FILE PHOTO: The charger and the holder (top) of the electric tobacco heating system IQOS of cigarette maker Philip Morris Switzerland are displayed after a news conference in Bern, Switzerland November 19, 2019. REUTERS/Arnd Wiegmann

The Lucky Strike cigarette maker said it had filed two patent infringement claims in the United States against Philip Morris, one through the International Trade Commission (ITC) and one in the Virginia federal court, that included remedies for damages caused and an injunction on importing the product.

The lawsuits in Germany and the United States focus on the heating blade technology used in IQOS, which BAT said was an earlier version of the technology currently being used in its glo tobacco heating devices. BAT has laid out plans to launch glo range of products in Germany this year.

“If we win we may be able to get an ITC exclusion order blocking the importation of IQOS into the U.S. by Philip Morris unless they agree to take a license to our patents,” BAT spokesman Will Hill said when contacted for comment.

The ITC and district court cases will run separately and the courts’ decisions are not dependent on one another, the company said.

Tobacco companies are spending billions of dollars to develop smokeless alternatives such as e-cigarettes and tobacco-heating devices as fewer people smoke traditional cigarettes.

Unlike combustible cigarettes, IQOS devices heat tobacco-filled sticks wrapped in paper that generate an aerosol containing nicotine. They are also different from e-cigarettes such as Juul, which vaporizes a nicotine-filled liquid.

In the UK, the company said it was challenging the validity of a Philip Morris’ patent, in response to a lawsuit filed against BAT by the American company in Japan.

BAT did not disclose the amount it was seeking in damages from all the cases.

Shares of BAT, a FTSE-listed company, closed up about 3% on the London Stock Exchange. Philip Morris shares were up 3.6% at $77.39 on the New York Stock Exchange in midday trading.

Reporting by Siddharth Cavale in Bengaluru; Editing by Maju Samuel and Anil D’Silva