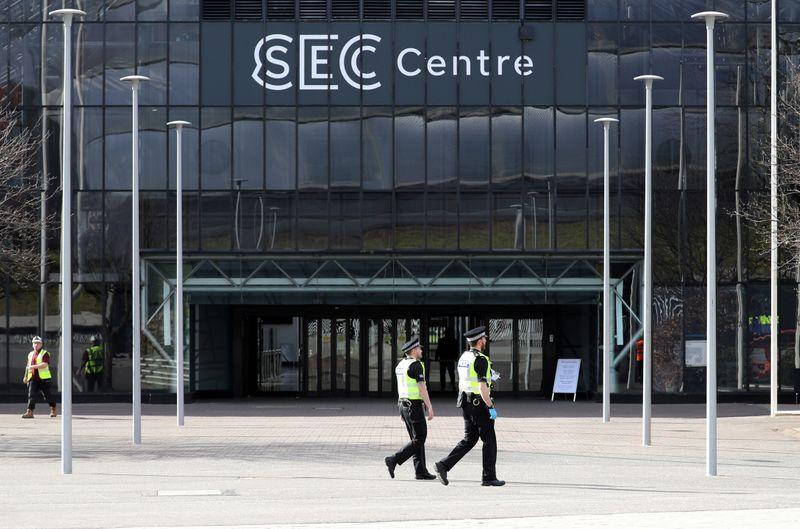 LONDON (Reuters) – A climate summit that had been due to take place in Glasgow in November has been postponed to 2021 because of the coronavirus outbreak, officials said on Wednesday, throwing new uncertainty into talks to tackle global warming.

With the world currently on track for catastrophic temperature increases, the two-week summit had been meant to galvanise a renewed international commitment to an accord brokered in Paris in 2015 aimed at stabilising the Earth’s climate.

But with the British hosts and other countries struggling to contain the coronavirus pandemic, which has brought large sections of the global economy to a standstill, officials decided to push the summit back to give governments more time to prepare.

“We will continue working tirelessly with our partners to deliver the ambition needed to tackle the climate crisis and I look forward to agreeing a new date for the conference,” said British Business Minister Alok Sharma, who is due to serve as president of the conference, known as COP26.

A parallel summit on preserving threatened species, which had been due to take place in Kunming, China, in October, was also being pushed back to next year, a U.N. official said.

The European Union’s climate chief, Frans Timmermans, said the bloc remained committed to the Paris process and a Green Deal to decarbonise its economy launched in December.

“As for the European Commission, we will not slow down our work domestically or internationally to prepare for an ambitious COP26, when it takes place,” Timmermans said in a statement.

With financial markets in turmoil, hopes that 2020 would prove a pivotal year for climate diplomacy and action to reverse accelerating extinctions of plant, animal and insect species have rapidly faded.

Nevertheless, some investors, diplomats and campaigners welcomed the postponement, saying it could buy governments time to prepare a more successful outcome than might be possible in the face of a pandemic.

“A delay gives the UK hosts and other governments the ability to ensure that sufficient diplomatic momentum is generated heading into COP26,” said Stephanie Pfeifer, chief executive of the Institutional Investors Group on Climate Change, a European group of mainly pension funds and asset managers with more than £26 trillion of assets under management.

The chessboard of climate diplomacy could also shift significantly before a 2021 summit, depending on the outcome of talks this year between the European Union and China, and the Nov. 3 U.S. presidential election.

If a Democratic presidential candidate wins the White House, then climate diplomats say many countries may be more likely to pursue bolder climate plans in anticipation of the United States rejoining.

A postponement could also enable a potential shift in emphasis at the summit towards aligning economic stimulus packages launched to buffer the shock of the pandemic with wider climate goals, diplomats say.

“COP26 next year should become a centerpiece of revitalized global cooperation,” said Laurence Tubiana, a former French diplomat who was instrumental in brokering the Paris accord.

Climate campaign groups had raised concerns that even if Britain had managed to contain the coronavirus by November, many developing countries might still be struggling with outbreaks.

The planned November summit was supposed to have been a deadline for countries to make more ambitious pledges to cut greenhouse gas emissions under the terms of the Paris accord.

Existing commitments are nowhere near enough to avoid accelerating impacts from droughts, sea-level rise, floods, wildfires and other disasters that could ultimately put the survival of industrial societies at risk, scientists say.

So far, only a handful of countries have made new pledges. Japan, a major backer of coal-fired power, came under fire from campaigners this week when it submitted a pledge that stuck to a climate target from five years ago.