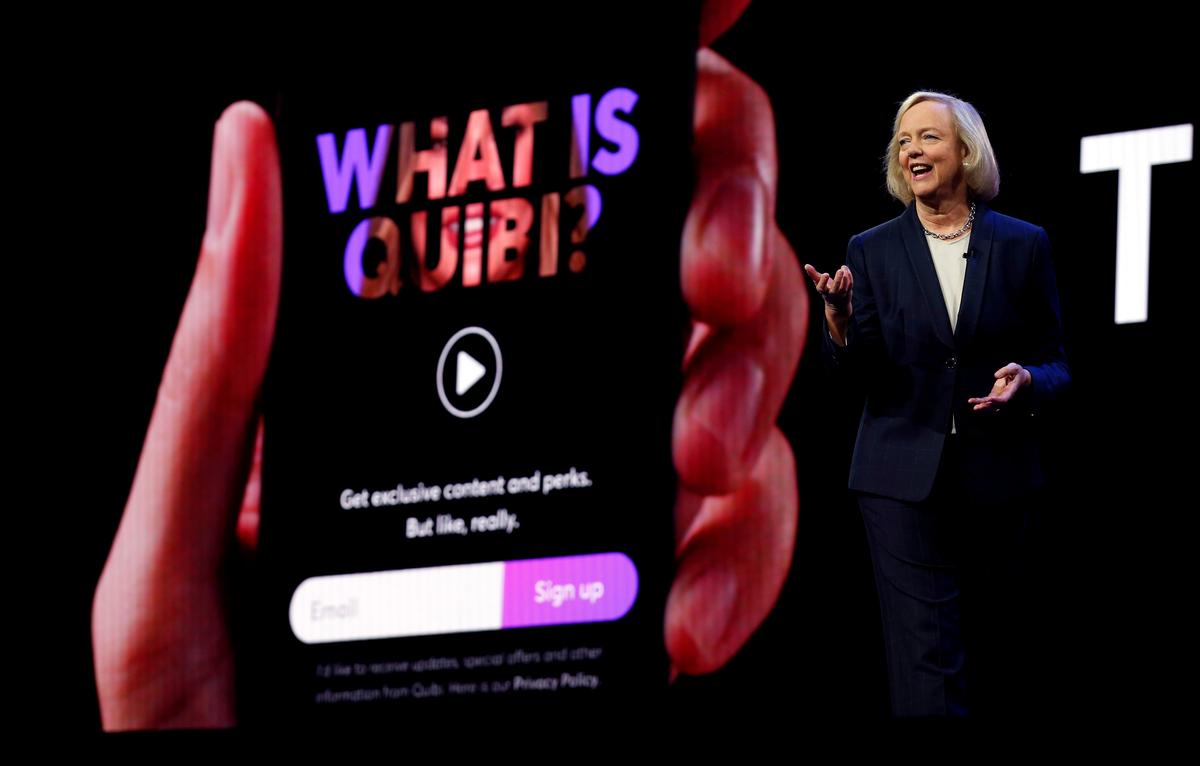 LOS ANGELES (Reuters) – LeBron James, Liam Hemsworth and other celebrities starred in a new type of quick-hit entertainment that debuted on Monday to a changing media market as Americans sheltered at home to help fight the coronavirus.

A new service called Quibi is a gamble by Hollywood that it can carve out another category in the crowded streaming video landscape. It offers slickly produced movies, reality shows and news, but in chunks of 10 minutes or shorter, and delivered only to mobile phones.

Quibi stands for “quick bites,” and the platform is backed by $1.8 billion from movie studios and other investors.

After more than two years of work, the company considered postponing Quibi’s launch as authorities urged people to stay indoors to prevent spread of the coronavirus. Executives had been promoting Quibi for “on-the-go” viewing. They decided, however, that newly homebound audiences might embrace a diversion.

“I think we may just be the right thing at the right time,” Quibi founder Jeffrey Katzenberg, the former head of Walt Disney Co’s movie studio and Dreamworks Animation, said in an interview.

“It’s a place to go and have a distraction and some laughter and some fun,” he added. “That’s really a great thing to be able to do now.”

Currently, Quibi is available only in the United States and Canada. The company offers a 90-day free trial. After that, Quibi will cost $5 a month with ads, or $8 a month without them. Some T-Mobile customers can get Quibi free for a year.

One selling point is its large roster of top Hollywood names.

“Hunger Games” actor Hemsworth stars in a thriller called “Most Dangerous Game,” one of Quibi’s “movies in chapters.” Basketball superstar James appears in a documentary about his Ohio school for at-risk youth. And Chrissy Teigen rules over “Chrissy’s Court” in which she decides small-claims cases.

REASONS TO BE SKEPTICAL

Quibi has intrigued the media industry because it is different to Disney+, HBO Max and others aiming to compete with full-length TV shows and movies on Netflix Inc, said EMarketer forecasting analyst Eric Haggstrom. No platform has invested as much as Quibi to produce high-quality programming in snippets, he said.

But, he said, “there are really good reasons to be skeptical.”

For one, it is unclear if people will pay for short videos watchable only on their phones, Haggstrom said. The younger audience that Quibi is targeting already consumes short-form entertainment for free on platforms such as TikTok and Alphabet Inc’s YouTube.

After the United States and Canada, Quibi would consider rolling out to Australia, New Zealand and Western Europe, with the aim to eventually go global, said Chief Executive Meg Whitman, the former Ebay CEO.

First, the company wants to learn from the initial markets.

“We know nothing about how people will use this app,” Whitman said. “We need some time to work out the kinks.”

Whitman and Katzenberg said they do not know how viewership will be affected by the global pandemic that is forcing people to adopt new routines. Industry data show TV viewing and mobile phone usage has increased.

Disruption to the economy also will lead people to scrutinize their monthly expenses, Whitman acknowledged.

“We have to make sure that we’re giving a value to our customers, that we will be one of the things that they want to hang on to because they love it,” she said.