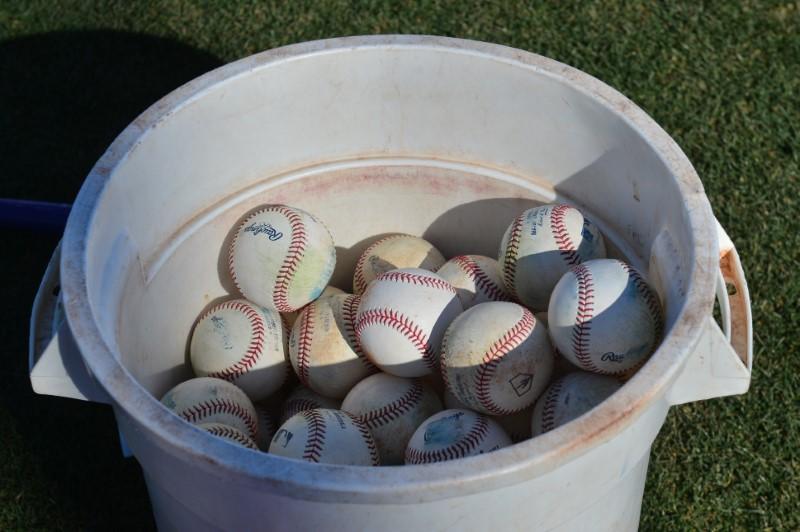 Major League Baseball is considering a radical realignment plan that would scrap traditional leagues and place teams in six divisions based on spring training locations for the 2020 season, USA Today reported on Friday.

Having Grapefruit and Cactus Leagues with three divisions apiece are among the options MLB officials are discussing, according to the report.

The plan would have all 30 teams return to their spring training sites in either Florida or Arizona. Teams would play games in only those two states and without fans in attendance in the wake of the coronavirus pandemic.

Teams would return to spring training for three weeks and play exhibition contests before starting a season with a schedule vastly different than the norm.

Teams that would make up the Grapefruit League include the 2019 World Series foes, the Washington Nationals and Houston Astros, as well as five playoff teams from last year, the Atlanta Braves, Minnesota Twins, New York Yankees, St. Louis Cardinals and Tampa Bay Rays.

In the Cactus League would be three 2019 playoff teams: the Los Angeles Dodgers, Milwaukee Brewers and Oakland Athletics.

Under the plan, spring training sites would host most of the games, though major league stadiums in Phoenix (Chase Field), Miami (Marlins Park) and St. Petersburg, Fla., (Tropicana Field) also would be used. All three stadiums have roofs.

The winner of the Cactus League would face the winner of the Grapefruit League in the World Series in late November. The same three stadiums with roofs would be in play as sites of those games.

The MLB season was initially scheduled to begin on March 26 before the coronavirus pandemic caused the league to place the season on hold.