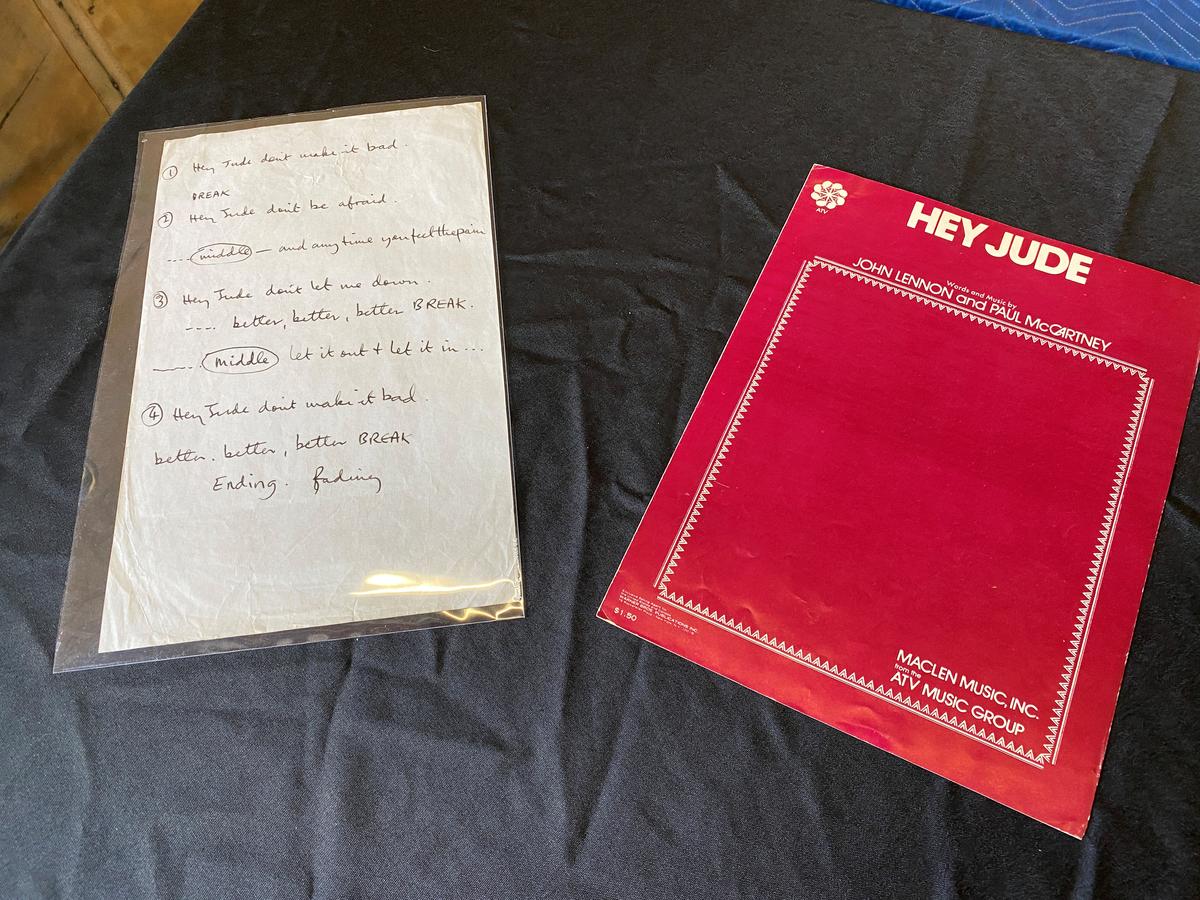 A sheet of paper with partial “Hey Jude” lyrics, written by Paul McCartney for a recording session in 1968, is displayed in a Julien’s Auctions warehouse in Torrence, California, U.S. March 5, 2020. REUTERS/Jane Ross

A vintage bass drumhead with The Beatles’ logo that was used during the English band’s first North American tour in 1964 was another top item, selling for $200,000.

The items were among more than 250 items of Beatles memorabilia offered in Julien’s Auctions “Beatlemania” online auction marking the 50th anniversary of the band’s breakup.

An ashtray used by the Fab Four’s drummer Ringo Starr at the Abbey Road recording studios in London sold for $32,500.

“It’s obviously a very iconic song that everyone’s familiar with,” said Watkins. “These handwritten lyrics were used in the studio as a guide when they were recording it.”