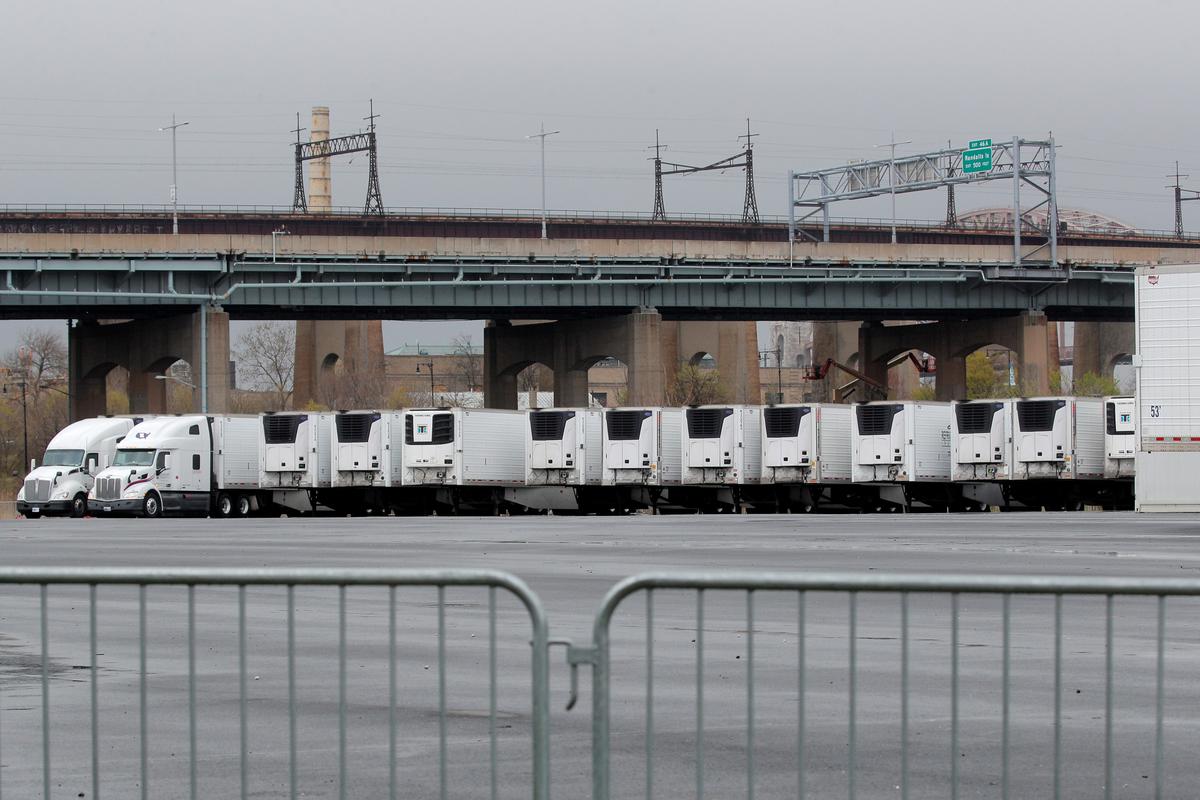 NEW YORK (Reuters) – Americans must resist the impulse to ease social-separation measures at the first glimpse of progress now being seen in the coronavirus battle, state government and public health leaders warned on Thursday, as the U.S. death toll surpassed 16,500.

Calls for heightened vigilance, countering talk from the Trump administration of reopening the economy next month, came as new evidence emerged that stay-at-home restrictions were working to flatten the arc of infections in New York state, the U.S. epicenter of the pandemic.

The number of patients newly hospitalized in New York dropped for a second day, to 200. Governor Andrew Cuomo said it was a sign that social distancing was succeeding, even though the number of coronavirus-related deaths in the state rose by 799 on Wednesday, a record high for a third day.

“You can’t relax. The flattening of the curve last night happened because of what we did yesterday,” Cuomo said, referring to the slope of data when plotted on a graph.

The apparent progress in efforts to slow the spread of the highly contagious virus were also reflected in fresh computer models scaling back the projected nationwide death toll to 60,000, down from earlier forecasts of at least 100,000.

New York state has now recorded more than 7,000 deaths from COVID-19, the respiratory disease caused by the virus.

Perhaps nowhere was the grim calculus of the pandemic more evident than on Hart Island, a potter’s field at the western end of Long Island Sound, where contract laborers have been burying two dozen bodies of COVID-19 victims a day in pine caskets lowered into freshly dug trenches.

New York state alone has accounted for nearly half the total loss of life in recent days across the United States, which leads the world in total number of known infections at more than 450,000.

“We’ve got to continue to redouble our efforts at the mitigation of physical separation in order to keep those numbers down and hopefully even get them lower than what you’ve heard recently,” Fauci, director of the National Institute of Allergy and Infectious Diseases, said on CBS “This Morning.”

A University of Washington model often cited by public health experts projects that COVID-19 will claim 60,415 American lives by Aug. 4, assuming current social distancing measures are kept in place, with the peak coming on Easter Sunday this weekend.

Cuomo likened the crisis to the Sept. 11, 2001, attacks, which killed almost 3,000 people, most of them at the World Trade Center in Manhattan.

“9/11 was so devastating, so tragic, and then in many ways we lose so many more New Yorkers to this silent killer,” he said. “It was a silent explosion that just ripples through society with the same randomness, the same evil that we saw on 9/11.”

Refrigerated tractor trailers that can be used as morgues are seen, amid the coronavirus disease (COVID-19) outbreak, outside Icahn Stadium on Randall’s Island in New York City, U.S., April 9, 2020. REUTERS/Brendan McDermid

Stay-at-home orders closing non-essential workplaces in 42 states have all but halted the once-humming U.S. economy and idled millions of workers.

A staggering 16.8 million Americans have filed claims for unemployment benefits during the past three weeks, as of Thursday.

“In its first month alone, the coronavirus crisis is poised to exceed any comparison to the Great Recession,” said Daniel Zhao, senior economist at recruitment firm Glassdoor, referring to the downturn that followed the global financial crisis of 2008-9.

Small businesses and workers, particularly in the service industries, have borne the brunt of the lockdown measures.

Outside Grand Rapids, Michigan, 22-year-old Jocelyn Ockerse, recently lost her job as a hairdresser while her husband, a driving instructor, also is out of work. Neither has been approved for unemployment benefits.

“We are struggling mentally and financially, but if further restrictions slow this thing down and help save lives, then I’m all for it,” Ockerse told Reuters through Twitter messages.

The virus has turned the work of those who are still employed, such as 35-year-old driver Excelso Sabulao, into hazardous occupations, where the risk of infection looms with every food pick-up and delivery he makes.

“I’m just putting my faith in God that, you know, somehow, while doing this, I’m gonna be spared from getting infected by this,” said Sabulao, who uses his own car to deliver for Amazon in Dublin, California, east of San Francisco Bay. “I can’t afford it.”

In the latest unprecedented effort to support the economy, the U.S. Federal Reserve on Thursday announced a $2.3 trillion package to keep local governments and small and mid-sized businesses afloat.

Asked on CNBC whether he believed the U.S. economy could be reopened as soon as next month, Treasury Secretary Steven Mnuchin said on Thursday, “I do.” As soon as Trump “feels comfortable with the medical issues,” he said.

White House economic adviser Larry Kudlow told Fox Business News the economy should be able to reopen “on a rolling basis” over the next month or two.

Michigan Governor Gretchen Whitmer, like many of her peers in other states, was moving in the other direction, ordering stay-at-home directives extended through at least April 30.

Citing data that social distancing was working, California Governor Gavin Newsom said the number of daily admissions to intensive care units in his state had dropped for the first time in recent weeks, by nearly 2% on Thursday.